Researchers from  the University of Turku, and the Gran Sasso Science Institute actively participated alongside stakeholder engagement specialists CUMEDIAE aisbl, in the Measuring CCS Hackathon, to consider how data is captured in relation to the Cultural and Creative Sectors. The event was held online this past Monday, November 29th.

The members who took part in it were: Pekka Stenholm, Senior Research Fellow, Entrepreneurship from University of Turku; Daria Denti, specialised in Economics and Statistics along with Alessandro Crociata, Cultural Economist and Professor from Gran Sasso Science Institute; Ignasi Guardans, CEO and Stefanie Thomas, Director of Strategy and Projects, both of  CUMEDIAE aisbl.

This event allowed DISCE consortium members to discuss their own processes in relation to the research work being done within the project Measuring CCS in an open space between the definition and engagement of sources and the research processes in the cultural and creative sectors. DISCE’s Consortium members were involved in Challenges 2 (What does ‘cultural and creative sectors’ mean in statistical terms? – Concept of CCS and its scope) and 3 (CCS employment and business statistics – What is the best way to measure employment in CCS? How to capture second jobs and micro-enterprises?)

The Hackathon was indeed also a good dissemination event for the outputs of DISCE – in the idea of cross-fertilisation. It created a space for open participation to different perspectives/individual researchers within DISCE. 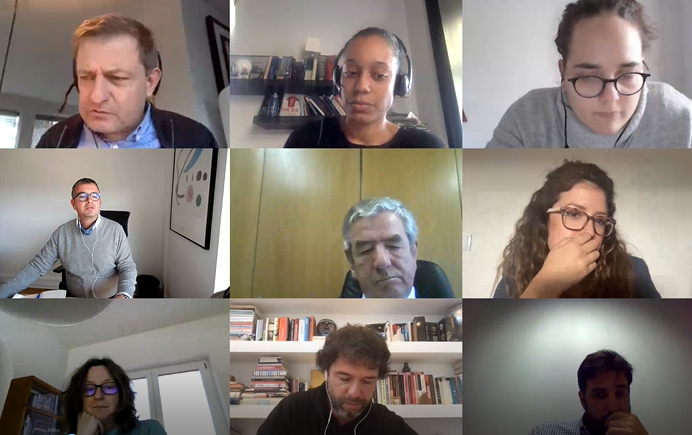